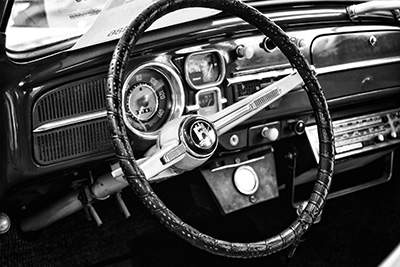 Buttera Motors has a long, rich history spanning more than a century and four generations with Matt Hutchison, the great-grandson of Jim Buttera, serving as the current service manager. The Buttera story is one of excellence in service and peak performance in vehicles, with racing legend Buttera often called a Washington hero. His legacy continues at Buttera Motors in Kirkland, a German auto repair shop specializing in VW and Audi service and other auto repair services.

(Article from The Cavalcade of Auto Racing, Fall/Winter 1968)
Jim Buttera is 79 years old. This is an age many never attain, and if they do, they are long since retired. But not Jim Buttera. He’s the oldest active member of the Foreign Stock Car Racing Association of Seattle, and a veteran racer of some 57 years. Jim immigrated to this country from Italy in 1907, working as a mechanic, and started racing in 1916 just before the end of World War I, when racing engines were vintage OX-5, 90 H.P. airplane engines. His car was a Dodge and he would tour the Northwest with his booking agent, guaranteeing $1,000 to any driver who won a race he entered.

Buttera retired from driving in the early ’20s after going through track barriers in Vancouver, B.C., hiring Jack Ross to drive the ‘Buttera Special.’ This car was a quiet, little aluminum-bodied car capable of (and always did) lapping almost every other car in the race. Buttera and Ross raced against the Dusenberg factory team amongst others, and in 1925 Jack Ross took 44 first place wins on the dirt and plank tracks of the West Coast; a record yet to be broken. In the following year he took 27 firsts, and Jim Buttera assumed the role of the agent for Jack Ross and the ‘Buttera Special’.

Appearance fees for the car and driver alone ranged to $3500 during the ’20s. Cars were not towed to the track as now, but were driven and tested on the way to the track, usually in the company of local sportswriters. This made for every colorful and descriptive Monday morning newspaper stories giving full details of the trip to the track, and when races were held in Victoria, B.C., teams were given free boat transportation and room and board.

Jim retired from racing during the Depression and World War II years, and in 1948 became the first Volkswagen dealer in the western U.S. when there were only 600 dealers in the country. His territory covered all of the western U.S. and Alaska. In 1960 he sold his dealership and retired, but found retirement was not for him and in 1960 he bought back the business name and building and started a VW repair shop – not the dealership. About the same time the Foreign Stock Car Racing Association came into existence and Jim stripped a 1958 Volkswagen for competition. He set a new track record the fourth time out, and in the following 1967 season the ‘New Buttera Special’ (a far cry from the 1916 original with wooden spokes and V-8 overhead) won the ‘A’ class season championship.

At 79, Jim is a devoted race fan and is at the track every Saturday night to cheer for his car and driver. He’s an honest, fair and true sportsman and a fine gentleman; qualities he has also instilled in his driver and mechanics. Almost every Saturday night his pit men can be seen helping other cars and close competitors attain their peak performances because if the New Buttera Special wins, Jim wants every car on the track to have been running its best.

Jim Buttera is a true inspiration to all who come in contact with him. He’s modest about his victories, generous with his time and money, and imparts his vast knowledge of cars and racing willingly. All in racing can look to Jim Buttera as a proverbial shining example of what a true sportsman and racer should be.

By Patti Payne, Contributing Writer
Behind the walls of a humble little building that looks like an ordinary repair shop is an extraordinary story linked to the first Indy Cars and the legacy of great customer service. Buttera Motors, an independent Volkswagen repair service in Bothell and family-owned by a fourth generation, has its walls covered with pictures of the founder, Jim Buttera. Matt Hutchison, now service manager of the little blue and white shop that was the first Volkswagen distributorship in the Pacific Northwest, is the great-grandson of Mr. Buttera. “Any Volkswagen sold in Washington, Oregon, Idaho, Montana or Alaska was imported by Jim Buttera,” says former employee Dick Dinham, who retired recently after working at the shop for 40 years. The cars came into the U.S. through Canada.

The history gets complex: Buttera’s daughter owned the shop after he passed away, then gave it to her son, Gary Photakis, whose sister Valerie Photakis works as office manager. Valerie and her son, Matt Hutchison, are now running the whole shebang while Gary Photakis is on a tour of duty in Iraq, serving with honors as lieutenant commander in the U.S. Navy Reserve. One entire wall is taken up with a giant flag and a “Hurry Home, Gary,” banner.

A large collection of framed pictures on all the other walls shows a young Buttera in a variety of cars he built and raced, setting records on tracks all over Washington and Oregon. Old yellowed newspaper clippings hang in frames next to the pictures, with reporters in those days calling Buttera a Washington state hero and a famous race car driver. Buttera raced his cars on dirt and board tracks from 1912 to 1922, then hired drivers to race for him. He also helped build the first Indy Car engines and the first engines to power the hydroplanes that would roar across Lake Washington.

In those early days, Buttera’s downtown Seattle shop built specialty Dodges – some of the very same ones he raced, and one of his engines is in Harrah’s collection in Las Vegas. In the 1920s he felt an economic depression looming and moved his shop to Juanita, and in 1935 moved again about a mile further down the same road to Bothell, doing general car repair surrounded by cow pastures.

In 1949 Buttera was planning to be a Tucker dealer, and had a display model of the rare automobile. But Tucker tuckered out amid financial scandal and bad press, and in the early 50s Dinham says Buttera became sold on Volkswagen when the German-based company communicated that he would have to be trained by them to repair every inch of the car and have all the tools and parts on hand before he ever imported a car. There was also a strict formula calculating the number of cars he was allowed to sell in proportion to the number he could service.

“Service was vital, and that sold Buttera. Everything revolved around the customer, which is why I stayed with him so many years,” Dinham says. Buttera had his employees working on everything from trailers to bikes and motorcycles. “Anything a customer needed, we would do the repairs, even on dune buggies for mining.”

“We worked hard,” says Ivan Flettre, another former employee who worked for Jim even before Dinham. “(Buttera) pushed you all the time, but also gave you a pat on the back and had a sense of humor. And customers always came first.”

That ‘customer is king’ philosophy has carried through four generations, although Buttera Motors no longer sells cars. Buttera sold that part of the business in the mid 1960s to George Moore, one of his salesmen, who moved the cars to Bellevue and started Moore Motors. But Buttera’s VW repair shop remained, and the service continued on Volkswagens and Audis. “Some customers who bought their cars here still come in. Business is good and steady,” says Valerie Photakis. “If the grandparents were our customers, usually all the generations follow suit.” One service customer, Katherine Huber from Woodinville, named her VW ‘Esmeralda’ and brings it in every year for its birthday. “We have a real party, and when Esmeralda turned 21, we changed from sparkling cider to champagne,” says Valerie.

With all the history displayed on the walls of the shop, from pictures and clippings to Tucker ads, Buttera Motors feels like a little museum. But customers assure it’s a well-oiled shop, servicing cars the old-fashioned way with caring, concern and efficiency. One tip from Dinham to get the most out of your vehicle: “The main thing is the attitude of the driver. Drive it like it’s going to last and it will last forever.” 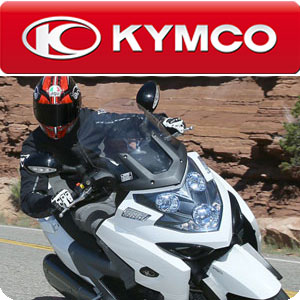 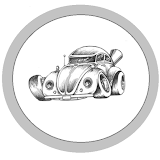